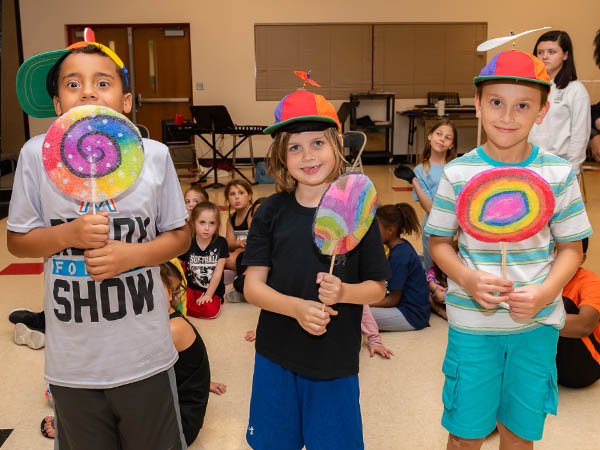 Keys Kids Junior and Bahama Village Music Program Present "Wizard of Oz"
In celebration of the 80th anniversary of “Wizard of Oz,” Bahama Village Music Program invites the public to evening performances presented by Keys Kids Jr. at the Key West High School auditorium, set for Thursday, February 13, Friday, February 14, and Saturday, February 15 at 7:30pm, and a Saturday matinee at 2:00pm. More than fifty Horace O’Bryant and home-schooled students will perform in the delightful, full-scale musical that they have rehearsed for since November.
Under the direction of HOB teacher Stephanie Manaher, musical director Nancy 3. Hoffman, choreographer Penny Leto, and set designers Garth and Katie Holtkamp, the children’s character’s come to life as they offer audiences delightful classics such as as “Over the Rainbow” and “Merry Old Land of Oz.”
Due to a tremendous response to auditions, performances include a double cast of characters: Dorothy will be played by Kaira Valdez and Angelina Diaz, Alex Mansour as the Scarecrow, Olivia Mansour and Conner Freeman as the Tin Man, Jake Ferguson as the Cowardly Lion, Dianna Holliman and Detra Dor as Glinda, Zandrie Font and Lily Kaufman as the Wicked Witch, and Sebastian Jeanpierre as the Wizard. Young performers from Gerald Adams and Poinciana Elementary Schools will join HOB elementary students to star as the Munchkins in their enthusiastic version of “Ding Dong the Witch is Dead.”
Since 2017, Bahama Village Music Program has offered the free musical theater program to local schools, allowing them to increase their outreach into the community and bring the gift of music to as many children as possible.
Tickets are available at bvmpkw.org and can also be purchased at the door. A silent auction and a concession stand will be available for all performances. Sponsored by the Bahama Village Music Program and the Community Foundation of the Florida Keys. For more information or to make a donation, email info@bvmpkw.org or call (305) 504-7664. Celebrating 20 years of free music education. It takes a village.