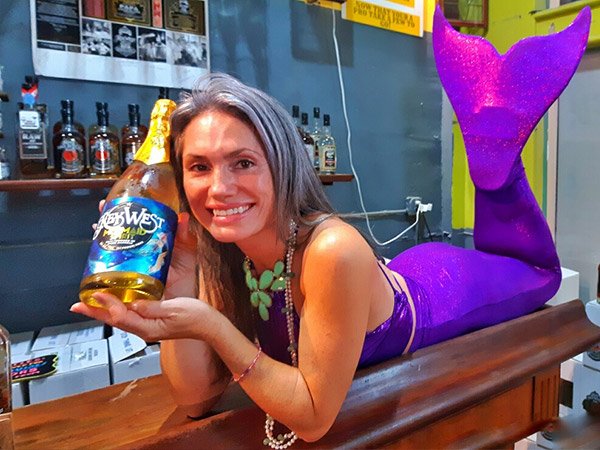 Raise your spirits to the incoming year while helping those in need with “Spirit of Key West,” a virtual New Year’s Eve celebration with an online auction and telethon at spiritofkeywest.com sponsored by Key West First Legal Rum Distillery and The Conch Republic. The inaugural, virtual-only event will be broadcast live from the distillery on December 31 from 9:45pm-12:15am and features an array of special auction items, the national release of Key West Sparkling Rum, and a special countdown that will raise a mermaid and the new rum spirit as we raise a glass to a happier and healthier 2021. Event proceeds benefit Samuel's House of Key West, a nonprofit that provides support and housing in a nurturing environment for homeless women, women with children, and men with children and intact families.

“We have been doing our best to help local charities and Samuel’s House needs our help,” says Key West First Legal Rum chef distiller Paul Menta. “Let’s end the year by giving and helping—it’s what we do in Key West!”

History Channel’s “Booze Traveler” celebrity host Jack Maxwell will auction off many unique and limited-edition items, including the distillery’s first bottle of ETA Storm Rum with Jim Cantore’s 2020 hurricane jacket, ten of the very first distilled Sparkling Rums, and a one-gallon ceramic still with 22-carot gold-lettering and a gallon of aged rum to go with it. Bids can be called in at 305-294-1441 or placed online during the event beginning at 9:45pm on December 31 at spiritofkeywest.com. Visitors to the event can make donations on the site’s PayPal and be entered in special giveaways.