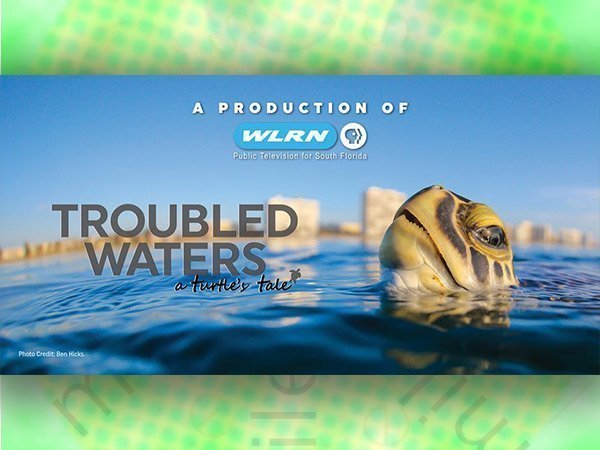 Premiere film screenings for WLRN Public Television’s new film Troubled Waters: A Turtle’s Tale.  A one-hour film that explores the impact of human behavior on our environment—as seen through the lens of one of South Florida’s most beloved and fragile underwater creatures—the sea turtle.
Marathon’s Turtle Hospital will be featured in the film with both Richie Moretti and Bette Zirkelbach.  The film that will go national in 2020 on PBS stations.   The two events for Troubled Waters: A Turtle’s Tale –
• Tropic Cinema in Key West on Wednesday, August 21st at 7:00 PM with a 6:00 PM reception.  Q & A with producer and film participants, including Turtle Hospital Bette Zirkelbach and Richie Moretti, Frazier Niven, underwater photograph living in The Keys.  Guests can go to either wlrn.org or tropiccinema.com for tickets.
• Marathon Cinema will hold a complimentary screening on Thursday, August 22.  Film start time is 5:30 P.M.  These seats are complimentary and can be reserved at turtletale.org.