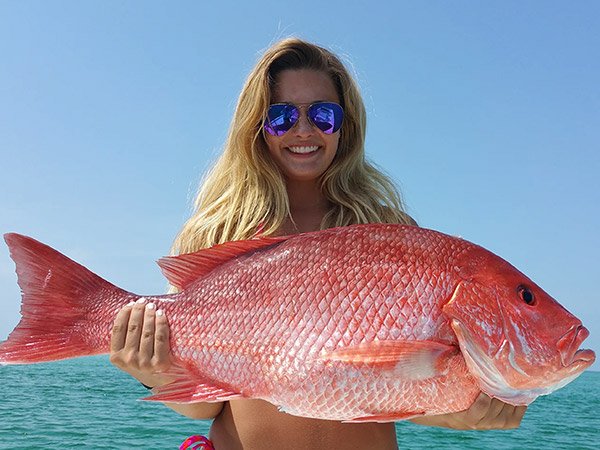 Florida’s recreational red snapper quota in Gulf of Mexico state and federal waters was met this summer and there will be no fall harvest season.
Anglers had the opportunity to enjoy a 55-day summer Gulf red snapper season this year, which is the longest summer season for Florida since the Florida Fish and Wildlife Conservation Commission was delegated the ability to set the season for private recreational anglers in Gulf federal waters off Florida by the federal government.
Gulf red snapper harvest will not reopen this fall for Florida anglers ﬁshing from private recreational vessels in Gulf state and federal waters, or for for-hire operations that are licensed to ﬁsh in state waters but are not federally-permitted.