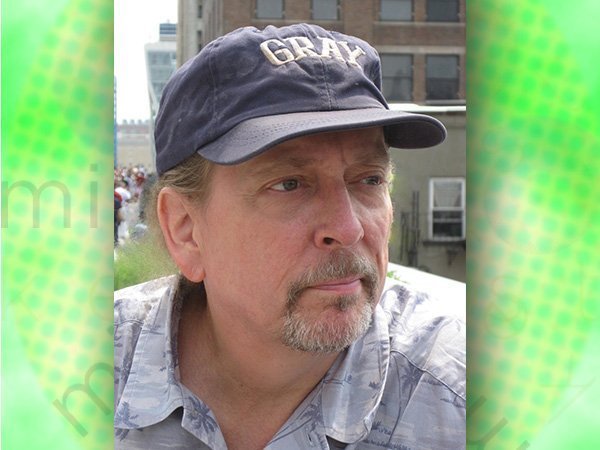 One Mystery Fest Key West Guest Will Nab Cameo Role in Next Gray Basnight Novel
Organizers of the upcoming Mystery Fest Key West have announced that one Fest guest will walk into the pages of a new novel by Gray Basnight, author of “Shadows in the Fire,” “The Cop with the Pink Pistol,” and most recently, “Flight of the Fox,” an “electrifying, propulsive and timely thriller” that one reviewer has called “worthy of Robert Ludlum.”
All who are registered for the Fest by midnight June 1 will be entered to win a cameo “character placement” role in the author’s next release, a sequel to “Flight of the Fox,” tentatively titled “Madness of the Q” and expected in 2020 from Down & Out Books.
“Since Key West is the final action scene in “Flight of the Fox,” I’m especially looking forward to my first Mystery Fest Key West.  It’ll be that much more fun when I meet the winner who gets to be named as either a ‘good guy or gal’ or ‘bad guy or gal’ in the sequel.  And I can promise there are plenty of both to keep the action moving,” said Basnight.
Basnight, a former broadcast newsman and actor is slated to be a panelist at the upcoming “Mystery and Intrigue in Paradise” themed Mystery Fest Key West, a gathering of mystery, true crime and suspense writers and fans set to take place in Key West, Florida, June 28-30.
All Mystery Fest Key West panels and presentations will take place at The Studios of Key West, 533 Eaton Street. Event registration is $195 and includes all panels, presentations, a lunch and a brunch, and social events.
Sponsored by the Monroe County Tourist Development Council, the Key West Citizen daily newspaper, the Helmerich Foundation, The Gardens Hotel, The Laureate Key West, and Margaritaville Key West Resort and Marina. For a full Fest schedule and online registration visit MysteryFestKeyWest.com.
Photo caption: One Mystery Fest Key West winner will score a cameo “character placement” role in author Gray Basnight’s next novel. (Provided photo)