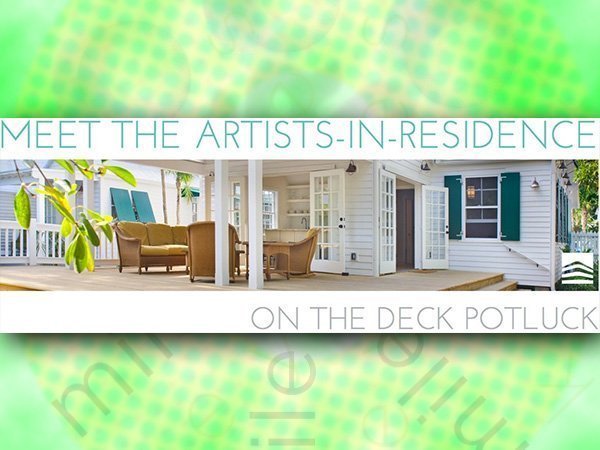 MEET THE CURRENT RESIDENCY ARTISTS
In The Courtyard
Please join us In the Courtyard WED SEP 25 from 6-8PM for the Residency Potluck
At the residency guesthouse, 529 Eaton St.
Please bring an appetizer, salad, dessert or snack...we'll supply the drinks!
Cynthia Back
Printmaker, Collage Artist, Painter
Cynthia Back has exhibited widely both in the U.S. and internationally. She is the recipient of numerous awards and honors including grants from the Ludwig Vogelstein Foundation, Puffin Foundation, Pollock-Krasner Foundation; residencies and fellowships to The Artists Centre Dale, Norway; The Women’s Studio Workshop, Blue Mountain Center, Acadia National Park; The Ballinglen Arts Foundation Ltd., Ireland, Fundacion Valparaiso, Spain, Helene Wurlitzer Foundation, The Cill Rialaig Project, Ireland, and The MacDowell Colony.  Her work is included in numerous private and corporate collections, including The Library of Congress, and more.
Anayansi Prado
Documentary Filmmaker, Writer
Anayansi Prado is an award-winning documentary filmmaker whose independent productions have been broadcast nationally on PBS. Her works include "Maid in America" about Latina domestic workers in LA, "Children in No Man’s Land" about unaccompanied immigrant children crossing the US/Mexico border and "Paraiso for Sale" about American retirees migrating to Panama. Prado is a Rockefeller Media Fellow, a Creative Capital Artist and has received support for her work from The MacArthur Foundation, Ford Foundation, Fledgling Fund and others. Prado has a BS degree in Film from Boston University.