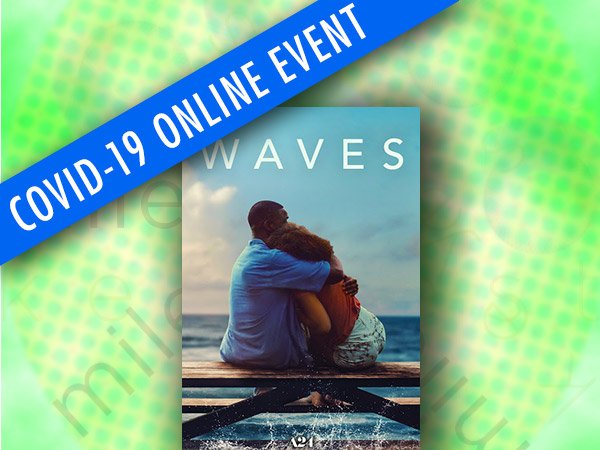 Trey Edward Shults, Director of WAVES
A Note from KWFF Founder and Director, Brooke Christian:
I hope that you and your loved ones are staying healthy during these unprecedented times.
We at KWFF have enjoyed reelin' in the years the past several weeks and hope you have too! We’ve been fortunate to share memorable moments with some of the most entertaining personalities in the film business. And taking the chance to share some of them with you is an honor we’re proud to have.
This week I decided to throw my hat in the ring. In 2019, KWFF featured a movie I loved more than any we have ever screened. While a Festival Director picking a favorite film may be akin to picking a favorite child, I am calling it like I see it.
From where I sit, the Hollywood talent pool for acting and directing is as deep as it has ever been (its diversity is another story.) But, when it comes to writing, originality and excellence have fewer and fewer dances together.
In his third film, WAVES, Trey Edward Shults choreographs a beautiful reunion of the two. While telling the heart wrenching the story of a family’s struggle with its relationship dynamic, Schults delivers a par excellence script and performances to match. I would throw an actor’s name out there for you...but there are four performances that are so good they’re hard to separate.
I enjoyed WAVES in much the same way I enjoyed Three Billboards Outside Ebbing Missouri. Both films rotate the perspectives of a singular relationship within them. In so doing, they ensure that you see the plight of each character and the lens through which they see their fates.
At a time when empathy is more critical than ever, WAVES will help you leave your judgment at the door. Or will it? We will give you an opportunity to discover your own truths.
Lastly, I can’t sign off without admitting that I am a little bit of a homer. The film is shot entirely in the state of Florida and Trey Edward currently makes his home in Orlando (my hometown.)
Enjoy the film and Trey Edward’s charisma and brilliance in our 2019 Q & A with him, Jen Yamato from The LA Times, and Kameron Austin Collins from Vanity Fair.
Have a great weekend, stay safe and sane, and we look forward to hopefully seeing you in November!
A. Brooke Christian
Founder and Director
Key West Film Festival