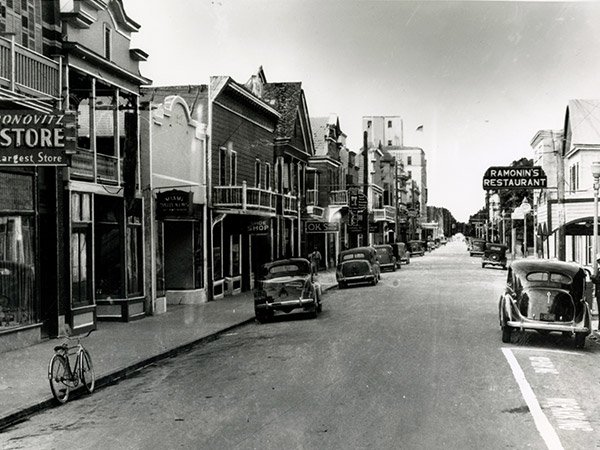 “Key West: 200 Years of History & Culture” Documentary Screening at Tropic Cinema Key West Art & Historical Society, filmmaker Michael J. Kirk and Tropic Cinema will host a screening of the first ever documentary on the history of Key West at Tropic Cinema, 416 Eaton Street, on November 29 from 6:00 p.m. to 8:00 p.m.  The documentary is titled “Key West: 200 Years of History & Culture” and forms an important component of the island-wide bicentennial celebration in 2022.
The 120-minute documentary explores the rich and valuable history of the island city through images, interviews, and historical narrative – a story that will be brought to life on the screen.  Starting with the Native American inhabitants, the film considers the many years of successes, series of migrations, hardships, and natural disasters that have shaped this incredible and resilient city during the last two centuries.
The film’s director is Michael J. Kirk, an award-winning, independent filmmaker who has directed, produced, and written over 140 projects in the past 25 years.  His projects have aired on public and commercial television networks, including PBS, History Channel, A&E, The Weather Channel, Amazon Prime Video, and Apple TV.
Kirk deftly weaves together stories through the island’s historical events and periods after being given access to treasured historic records and objects from personal collections as well as museum and library archives.  Graphics and animation provided by Conch 5 Studios at Key West High School further engage the audience throughout the film, allowing for a deeper appreciation and understanding of our history.
“It has been such an honor producing this film for so many reasons,” says Kirk.  “Being a new resident to the island, the film has given me the chance to truly dive into the prolific history, work with such amazing historians, and have the opportunity to meet some of the great people that help make this community such a special place.”
Visit www.kwahs.org/upcoming-events to purchase your tickets—$10 for Society members and $13 for non-members.  For more information, contact Society Curator Cori Convertito at 305-295-6616 x112. IMAGE: Independent Filmmaker Michael J. Kirk and the Key West Art & Historical Society are hosting a screening of the documentary “Key West: 200 Years of History & Culture” on November 29 from 6:00 p.m. – 8:00 p.m. at Tropic Cinema.  The documentary details 200 years of the island’s history (Photo Credit: Key West Art & Historical Society)