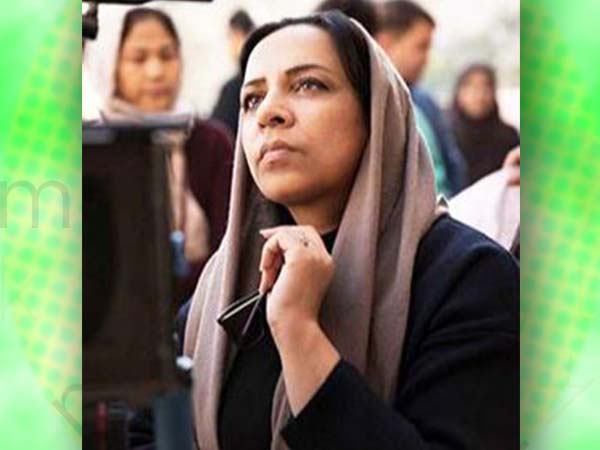 Film screening and discussion with Afghan filmmaker Roya Sada
Roya Sadat, Award-Winning Afghan Filmmaker & International Women’s Rights Advocate, Appears at The Studios of Key West
Screening of her film, A Letter to the President, followed by discussion on February 1
[Key West, FL.] Roya Sadat, named one of the BBC’s 100 Most Inspiring Women in 2021, will appear at The Studios of Key West for a special screening of her film, A Letter to the President, on February 1 at 5:30pm. Called “a righteously compelling feminist drama,” by Variety magazine, the film was selected as the Afghan entry for the Best Foreign Language Film at the 90th Academy Awards. Following the screening, Sadat will discuss Afghanistan’s humanitarian crisis after the withdrawal of the U.S and coalition forces. Tickets for the event are $60 General Admission and $50 for Members.
One of the first female film directors to emerge after the fall of the Taliban regime, Sadat’s film is a condemnation of the subjugation of women in Afghan society. The film follows Soraya, a married woman and police chief who defies a local warlord during her examination of a brutal crime. The film explores patriarchy and tribal justice in a nation battered by suicide bombers and generations of war.
Sadat says, “we don’t fight with weapons, instead we fight with our art. We fight with our words.”
Before the Taliban regime, as a girl, Sadat wrote scripts for theatre productions at school. Under the regime, she was not allowed to go to school, so she busied herself by reading books about cinema. After the regime fell in 2001, she had the opportunity to direct a film for the first time. Her hard-hitting film entitled Three Dots delved into the underground drug trade in Herat and received numerous awards. It was invited to more than 30 international film festivals and jumpstarted her career.
Last August, Sadat was editing a documentary in Washington, D.C. when news came of the US withdrawal from Afghanistan followed by the swift return of the Taliban. Had she and her husband, screenwriter and actor Aziz Deldar, and their two small children been in Kabul, they would have been detained.
Following the screening, Sadat will participate in a moderated discussion with Stephen Kitsakos, Studios Artistic Advisor, to discuss the constantly evolving situation in Afghanistan. Sadat is also set to stage the World Premiere opera adaptation of Khaled Hosseini’s A Thousand Splendid Suns, with a score by composer Sheila Silver and a libretto by Mr. Kitsakos, commissioned by the Seattle Opera, in February 2023.
The Studios has limited capacity for all performances in the Helmerich Theater. Proof of vaccination or a Covid-negative test and face masks are required in the theater except when consuming beverages.
Contact: Elena Devers, The Studios of Key West, elena@tskw.org, 305-296-0458.M
Helmerich Theater
$60, $50 mbrs. Free to Golden Ticket patrons
Roya Sadat is an Afghan filmmaker & international women’s rights advocate. Named by the BBC as one of the 100 Most Inspiring & Influential Women in the World for 2021, she taught herself how to create visual stories during the Taliban regime. We will screen her film A Letter to the President, the Afghan submission for Best Foreign Language Film at the 2018 Oscars, followed by a Q&A.“
"A righteously compelling feminist drama from trailblazing director Roya Sadat.” —Variety Magazine