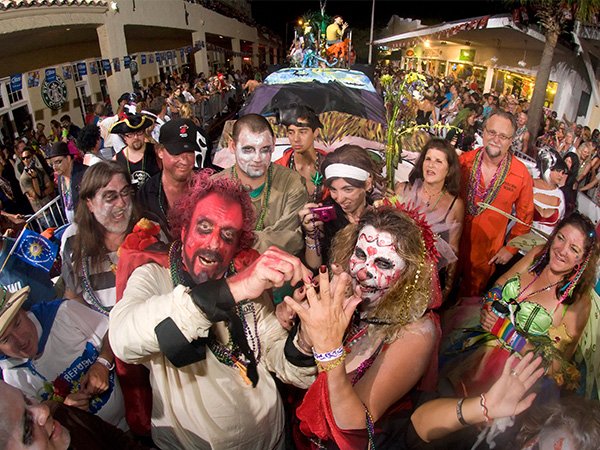 Note: The Fantasy Fest parade and a street fair in Key Fest slated for the end of October have been canceled because of the pandemic, and a masquerade march through the city's Old Town section has been put on hold.
Fantasy Fest is an annual 10-day party in paradise for grown-ups. Started in 1979 by a small group of Key West locals, the party was created to bring visitors to the island in what was a typically quiet, but beautiful season. It worked. Fantasy Fest has grown every year since its inception and is now the wildest extravaganza around! Fun-loving revelers from around the globe bring their creativity and imaginations as they descend upon Key West each year in October for 10 days filled with costuming, parades, libations, and excitement!
https://www.fantasyfest.com/