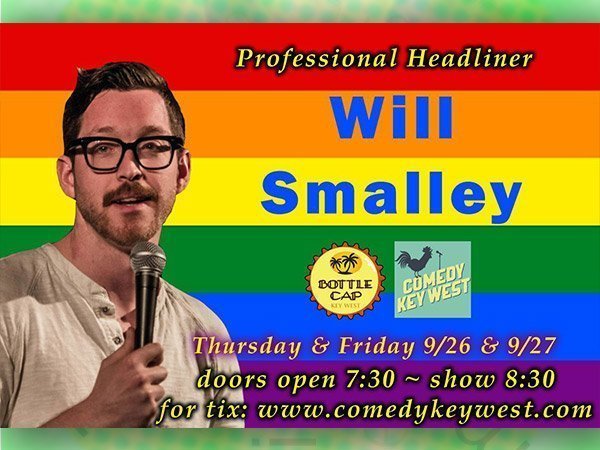 Will Smalley
This Thursday and Friday
September 26th & 27th
Comedian Will Smalley performs this Thursday and Friday. Will has readily established himself as a powerful LGBT voice in the comedy scene. He is a finalist in the Boston Comedy Festival and a mainstay at the major comedy clubs and colleges across the Northeast. Will was chosen to be Comic In Residence at the Comedy Studio in Cambridge, MA and is a joke writer for “The Steve Katsos Show” on MyTV Network.