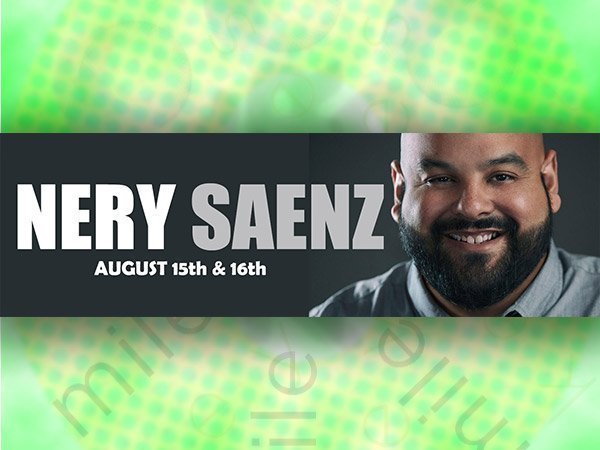 Nery Saenz is a Miami-based powerhouse comedian everyone can relate to with a comedy style that will keep you reeling with laughter.
Nery is the youngest of four siblings in a Nicaraguan-American family. His hard work and dedication have made him a favorite at colleges and comedy clubs across the country. Nery was the winner of the 2014 Ultimate Miami Comedian competition. He was named “BEST STAND-UP COMEDIAN-2011” by Miami New Times. Nery was the OFFICIAL COMEDIAN OF THE MIAMI DOLPHINS for the 2010 season. He was a finalist at the 2007 Carnival Comedy Challenge, 2005 & 2007 “NBC Stand Up for Diversity” showcase as well as the “Maxim Real Men Of Comedy Tour” showcase, and a finalist for the South Beach Comedy Festival (2008 & 2009), Just for Laugh’s Comedy Festival showcase (2007, 2008 & 2009) and has worked with many of the top comedians in the industry.
Special Guest Comedian
Tom Dustin - Edgy, original and hilarious; That's the consensus of his comedy. Bostonian Tom Dustin is the only American to ever win the $25,000 Yuk Yuk's Great Canadian Laugh-off, (resulting in future contests being closed to American comics) USA! USA! USA! He was also the winner of the Sam Adams Comedy Festival.