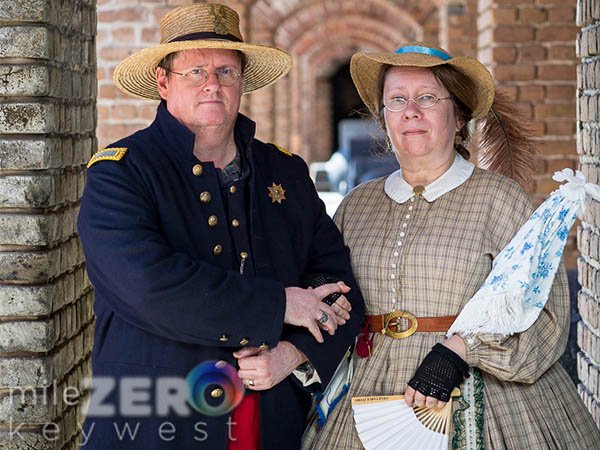 Fort Zachary Taylor Historic State Park will host its annual Civil War Heritage Days on Friday through Sunday, Feb. 7-9.
Fort Taylor will be transformed into a mid-1860s encampment where re-enactors in period costume depict Union and Confederate military personnel, craftsmen, musicians, and civilians of the era.
The event begins Friday when Fort Taylor is invaded by local school groups. The day ends with a memorial at Clinton Square followed by a soldier’s march down Duval Street. Saturday peaks with a sea battle between the fort and blockade runners. Sunday, the fort will host a morning church service with live music followed by a blockade runners’ trial.
The park is open from 8 a.m. until sunset.