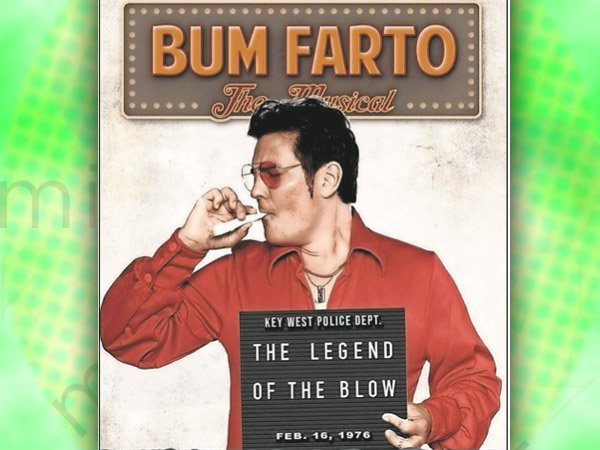 Pasion Project’s “Bum Farto — The Musical!” will have a three-night run, Tuesday through Thursday, Nov. 9-11, at the Key West Theater.
The production is based on a true and crazy story from the 1970s era in Key West’s fascinating history about the charismatic local ﬁre chief who disappeared in 1976 after being arrested on a drugs charge.
Tybaldt Ulrich will play Joseph “Bum” Farto, who was born in Key West, on July 3, 1919. Farto grew up across the street from a local ﬁre station, and legend has it he developed a reputation for soliciting change from the ﬁremen, earning the nickname “Bum.”
The musical features a cast of 18 singers, dancers and actors performing 14 song-and-dance numbers in styles ranging from salsa to Carolina Shag and even includes a tap-dancing ‘Square Fish.’
Original music by Dan Krysa and Latin music by La Mexx will be performed by a live band.
The musical was written by Pamela Stephenson, wife of well-known comedian Billy Connelly. Stephenson has written and sang before on musical projects and also is an actress who has appeared in “Superman III,” “History of the World: Part 1” and “Not The Nine o Clock News.”
The Key West Theater is located at 512 Eaton St.
For ticket information, visit http://www. the key westheater.com