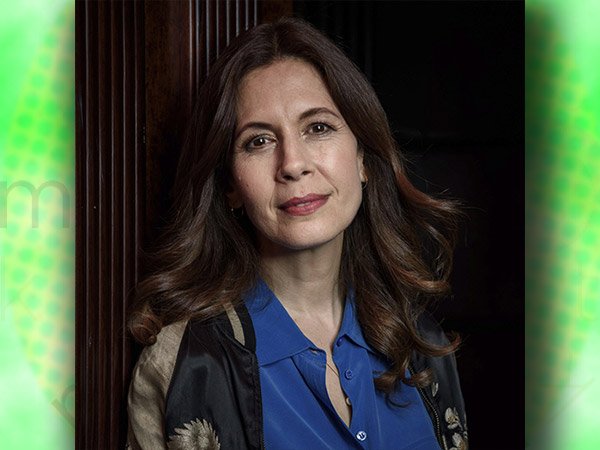 Between Two Palms is a livestream series of intimate conversations between award-winning art-makers from the performing, visual and literary arts and members of The Studios family. Select Wednesdays at 6PM EST join us for an hour as we explore how stage, TV & film performers, designers, writers and visual artists are keeping the creative spirit alive through these turbulent times.  JESSICA HECHT in conversation with JEFF JOHNSON Jan 13, 2021, 6pm  sponsored by Key West Fine Wines
JESSICA HECHT has appeared on television in Dickinson, Bored to Death, Red Oaks, Jessica Jones, The Loudest Voice & Succession. She played Sonya Barzel on The Sinner and was nominated for an Emmy for her role as Karen in Netflix’s Special. Known for her roles as Gretchen Schwartz on Breaking Bad & Susan Bunch, the wife of Ross Geller’s ex-wife on Friends, she was a featured cast member in the sitcom The Single Guy. Hecht had played Amy Burns in the comedy-drama Dan in Real Life (2007), with Steve Carell and Juliette Binoche and appeared in Woody Allen’s Whatever Works, Sideways, & A Beautiful Day in the Neighborhood. Broadway roles include her Tony-nominated performance in A View From the Bridge w. Scarlett Johansson & Liev Schreiber, Harvey with Jim Parsons, as Golde in Fiddler on the Roof directed by Bartlett Sher and The Price opposite Mark Ruffalo. In 2018 she won an Obie for her performance in Admissions at LCT. With producer Jenny Gersten she runs The Campfire Project, a theatre-based wellness project that creates plays in refugee camps.