Where else to celebrate the baker’s favorite 70% cacao chocolate? At Better Than Sex of course, where Casey and Chad indulge in some Mayan “Bitter Water”

We may not be Waikiki or boast the Higgs Beach Pipeline, but don’t let anyone tell you there aren’t diehard (body) surfers in Key West braving the breakers

Yes, it’s been beautiful, but has anyone ever seen clouds like these? 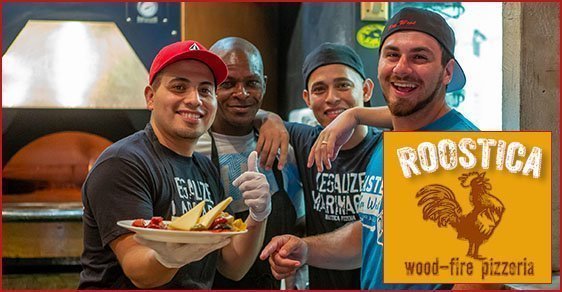 The island’s Hot Dogs and their friends gather for this year’s march (watch for a flash mob of chihuahuas) at the Custom House, promptly at 11:45 am SUNDAY — but don’t miss the fun before the parade

For painter Rick, his exhibition space/studio doesn’t get any more open —drop by (corner of Alberta & Waddell between the Casa & Louie's) and have a chat with the artist

Usually, it’s the locals who think anything below 70 is freezing…

Join the MLK Day pre-parade fun at the Wille Ward Park (Catherine & Thomas Sts.) with food, drinks & DJ from noon until 4pm, then join the MLK March at 5pm

The weather may be a little chilly, but the Key West Seafood Festival in Bayview Park with entertainment, products and food available to warm you up

Tory Mata and P. A. Blundell’s expressions in mixed media utilize materials of all sorts to deliver simple, yet complex executions—see for yourself at Jag Gallery 5-7pm